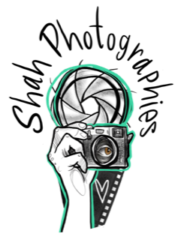 In the Media Duisburg – Marxloh, is better known as one of the No Go Areas in Germany.
However, in which lies, it was separated meanwhile a group of one hundred for this part of
town and the representatives of the law dare only with strengthening on the street?
Marxloh has 16% of unemployment, approx. 19,000 inhabitants and 64% with foreign roots
live it there. One quarter which counts meanwhile to poorest in Germany even our Federal
Chancellor Angela Merkel, was to be made 25th of August, 2015 on site around itself a
picture.

Till the 70s Marxloh was a popular shopping area and residential area. Germans and foreign
workers lived here and worked together in the fabris.. Then it came to changes: The steel
industry broke, thousands lost her jobs. Young and better qualified humans left the quarter.
This got going an urbane Abwärtsspirale: By the mass deduction fell the real estate prices.
There remained the less purchase-strong inhabitants and migrants.

The nostalgic early days constructions on the Weseler street still remind of better times.
Marxloh is associated by them today with his „wedding mile“. Because of 40 bridal shops
sometimes is also from the „most romantic street of Europe“ the speech.

During the last years more and more Sinti and Roma moved in this part of town in the media
often than „poverty immigrant“ called. The children play on the streets, often on themselves
alone put. Muscle-loaded men patrol with legs apart by the quarter and where sharpened
carpets dangle like flags of ramshackle balconies and unwelcome „strangers“ with full of
hatred shouts are scared away.

In my master work I have approached photographically to this part of town, I took pictures, from the
germans, sinti, roma and the turkish community to show that Duisburg Marxloh, is a multicultural city

Performance of Light and Body

Dismiss
We use cookies on our website to give you the most relevant experience by remembering your preferences and repeat visits. By clicking “Accept All”, you consent to the use of ALL the cookies. However, you may visit "Cookie Settings" to provide a controlled consent.
Cookie SettingsAccept All
Manage consent

This website uses cookies to improve your experience while you navigate through the website. Out of these, the cookies that are categorized as necessary are stored on your browser as they are essential for the working of basic functionalities of the website. We also use third-party cookies that help us analyze and understand how you use this website. These cookies will be stored in your browser only with your consent. You also have the option to opt-out of these cookies. But opting out of some of these cookies may affect your browsing experience.
Necessary immer aktiv
Necessary cookies are absolutely essential for the website to function properly. These cookies ensure basic functionalities and security features of the website, anonymously.
Functional
Functional cookies help to perform certain functionalities like sharing the content of the website on social media platforms, collect feedbacks, and other third-party features.
Performance
Performance cookies are used to understand and analyze the key performance indexes of the website which helps in delivering a better user experience for the visitors.
Analytics
Analytical cookies are used to understand how visitors interact with the website. These cookies help provide information on metrics the number of visitors, bounce rate, traffic source, etc.
Advertisement
Advertisement cookies are used to provide visitors with relevant ads and marketing campaigns. These cookies track visitors across websites and collect information to provide customized ads.
Others
Other uncategorized cookies are those that are being analyzed and have not been classified into a category as yet.
SPEICHERN & AKZEPTIEREN
Unterstützt von